President, CEO and Board Chair

Pamela acquired CMU in 2007. She holds an Honours Bachelor of Education from McGill University and has 5 years of teaching experience. From 1992-1995, Pamela was Vice President, Development and Production, for Primedia Entertainment. In 1995, she formed her own production and distribution company, Actuality Films, acquired the distribution rights to the Primedia Catalogue, and began producing films, documentaries, and television series.

Pamela was a member of George Brown Theatre School's Advisory Board for 8 years. She managed the fundraising cabinet for George Brown's Young Centre for the Performing Arts, founded two community theatre groups for youth, and has played an active role in The Yonge Street Mission. Acquiring CMU and maintaining an active role in charitable organizations has furthered Pamela's commitment to encouraging young people in the arts. 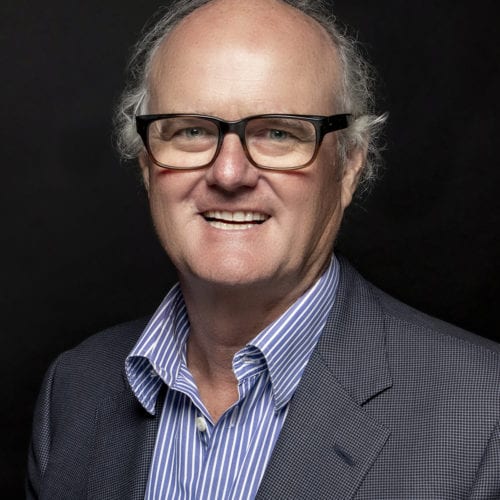 Richard is co-owner of CMU and President of Actuality Holdings Inc., a small investment company. He serves on the Board of Directors of several early stage companies including Greenius, UM Labs Inc., and B2B2CHaute Vitesse Inc. During his career Richard has been a founding partner of a number of successful start-ups including iPass, Borderware Technologies, and iRoam Mobile Solutions. Marcia is a marketing, publicity, and communications consultant. She has worked for many organizations including the National Ballet of Canada, Harbourfront, and The National Arts Centre. Marcia also formed her own agency, Applause Communications Inc. She has served on many not-for-profit boards as a community activist. For over fifteen years, Robert Weir’s artistry has graced the pages of magazines, come to life in music videos, and allowed some of the world’s most famous faces to look their best. Robert’s editorial roster includes In Style, Vman, Fashion Magazine, The Globe and Mail, People, and The KIT, to name a few. Robert’s clients range from international singing icons Nelly Furtado and Saint Vincent to the most powerful woman in fashion – Anna Wintour. He has beautified many of Toronto’s social elite, traveling with them to fashion events around the world. Beginning his career within the Holt Renfrew cosmetics family, Robert honed his craft through working with top brands Laura Mercier and Chanel. He also counts the exclusive Toronto salons LAC and Co, and Medulla and Co as his partners. Named one of Toronto’s “25 Most Stylish People” by Toronto Life’s Style Book, he is regularly featured in style blogs and has been inspiration to several local designers. Long-time CMU instructor and consultant, Robert’s expertise will help guide CMU to meaningfully address issues in our school and our creative industries around diversity and inclusivity with a pledge to do better. Donald Mowat was born on December 11th, 1963 and raised in Montreal, Canada to British parents and has gone on to be one of North America’s leading motion picture makeup artists/designers. He maintains an international reputation of stellar work and dedicated volunteerism with over seventy feature films and twenty five television projects to his credit in a career that spans over thirty five years.

He has received numerous awards and nominations internationally, including a 1992 Primetime Emmy award, two Saturn Awards, a Special Achievement Gemini Award and The Sovereign’s Medal for Volunteers in 2018 for his work with BAFTA Los Angeles youth filmmaker education and mentorship.

In addition, he received the Queen Elizabeth II Diamond Jubilee Medal in 2012 for his service to the film industry and related charities.

Donald is a senior member of IATSE New York, Toronto, Montreal and Los Angeles, has served three terms on the Board of Directors for the Actors’ Fund of Canada (2008–2014) and was elected to the National Board of Directors for The Academy of Canadian Cinema and
Television, representing the Art Department for two terms (2007–2011).

During his tenure on the Board, he was instrumental in the creation of an annual makeup category for Gemini and Genie Awards (now Canadian Screen Awards).

He is a longstanding member of the Academy of Motion Picture Arts
and Sciences (invited 1999) serving the maximum twelve year term limit on the Executive makeup Branch Committee and is active in the British Academy of Film and Television Arts, where he volunteers on the membership committee and is a mentor in the LA and London Outreach and BAFTA Connect Professional Development. He is a dedicated volunteer guest speaker and continues to serve on student film award panels for the Academy of Motion Picture Arts and Sciences and BAFTA.

In May 2022 Donald was appointed a member to the Order of Canada.

He is represented by Jason Garber at UTA Beverly Hills, CA and lives between Toronto and Los Angeles with longtime partner Garry Malone. Richard is the President of The Strategic Management Group Limited. He holds a BSc in Business Administration from S.E. Missouri State University and an MBA from York University's Schulich School of Business. Richard has provided consulting services to small businesses focusing on tax, accounting, and financial advisory services for over 25 years. He also assists with the structuring and negotiation of commercial transactions, sourcing of financing, and strategic planning and implementation. He is an active member of MENSA Canada, the Metropolitan Toronto Board of Trade, and The Old Allanian Society. Dr. Skip Bassford is well known for his work in applied and professional ethics. While he was Dean of Atkinson College at York University, he launched their continuing education division, founded the York Nursing program, and helped bridge the gap between Ontario colleges and universities. Skip also served two terms as President of University of the Fraser Valley (UFV). During his tenure, Skip led UFV's development from a university college to a full university. He also oversaw the creation of UFV's first graduate programs and the world's only centre for Indo-Canadian studies. While he was president, the university more than doubled in size. Stephen has had an extensive career in film and television. He worked as Head of Makeup Department for major television shows and movies including Queer as Folk, Slings and Arrows, Long Day's Journey into Night, Haven, and Camp Rock. He was also the recipient of the 2016 and 2018 Canadian Screen Awards for Best Achievement in Television Makeup for the hit show Orphan Black. His work and artistic prowess has been spotlighted in magazines including Vanity Fair, InStyle, Glamour, and Make-Up Artist Magazine. Stephen has made valuable contributions to CMU as both an advisory board member and as an instructor for the Film & Television course.