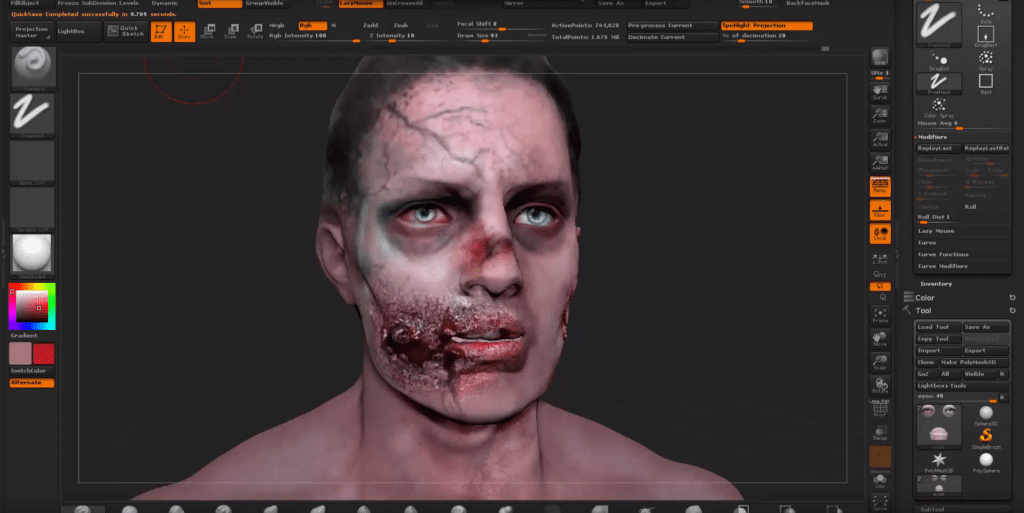 Of all the things you can do as a career choice, how amazing would it be to see your imagination come to life before your very eyes? All of the pros in Hollywood needed to get their start somewhere, but it’s not a common career path. People who could have been great creature designers likely never saw their potential come to fruition simply because they did not know that a course and school even existed that would have turned their imaginations into actual careers.

With the advent of high end personal computers, 3D Printing and other ways of creating digital makeup effects it’s never been easier to get into the art of creating wonderful creatures that delight, scare and entertain. But what exactly is a Creature and Character Designer?

What is a Creature and Character Designer?

Chiefly, a Creature and Character Designer is someone who is responsible for conceptualizing a creature and bringing it to life; whether as a 3D model, a sculpture, or drawings. These designers are needed to bring ideas into a visual concept and later, creation to be used in different media, such as Video Games, Movies and Television.

In order to be successful in this role, a student must bring a passion for many different things with them, such as

Many of these interests are useful in the role of a Creature and Character designer, and will serve students well as they’re not only able to draw from a resourceful imagination but also have a passion for using the tools that make the creatures and characters come to life.

Where in Canada can I take the program and how long does it take?

The course is the first of its kind and is offered by CMU College. It offers classes specializing in Creature and Character Design, Digital Makeup Effects, ZBrush, Photoshop and Creature Sculpting and Modelling. A quick Google search reveals many details about the course and its availability. It generally takes between five and six hundred in-classroom hours but CMU College has condensed the program into only 17 weeks of full-time study. While it’s recommended that students have an aptitude for art and creating ideas from their imaginations, it’s not a requirement of courses such as this.

What are the different industries I can work in after successfully taking the course?

There are several industries that students will find work in that require the skills a talented Creature and Character Designer can offer. Primarily found in creative and artistic industries, designers will find successful careers in Television, Movies, Video Games, Animation, 3D Printing and Scanning and Toy Design. Within these industries are positions that range with the various skill sets that students can offer.

Highlights of the program

There are many competencies that students will learn this type of program. It can provide a cross-disciplinary diploma, while also providing specialized skills that will make them vital to the aforementioned industries. The program will also prepare students to work in practical and digital makeup effects for character and creature design, while also teaching them the workflows for 3D modeling and printing and the production process. Additionally, students can also expect to learn to use industry standard tools such as Photoshop and Pixological Zbrush, not to mention the ability to sculpt, hand build, mold and paint advance-sculpted characters.

When students leave the program they should be job ready, as the Creature and Character Design courses will have students create an online portfolio that they will be able to show prospective employers.

The career outlook for roles as a designer looks fantastic. Entertainment is a very important part of our society and the skills needed to create these forms of entertainment are becoming more and more specialized and unique. Students with a passion for creating and using their imaginations will excel in a role as a Creature and Character Designer, and should find great employment opportunities in very exciting industries for years to come.
If you’ve ever wanted to bring to life terrifying monsters, aliens or fantastical worlds, the Creature and Character Designer program may be exactly what you’re looking for!