Oscars Lookback: Inside the World of Pan’s Labyrinth 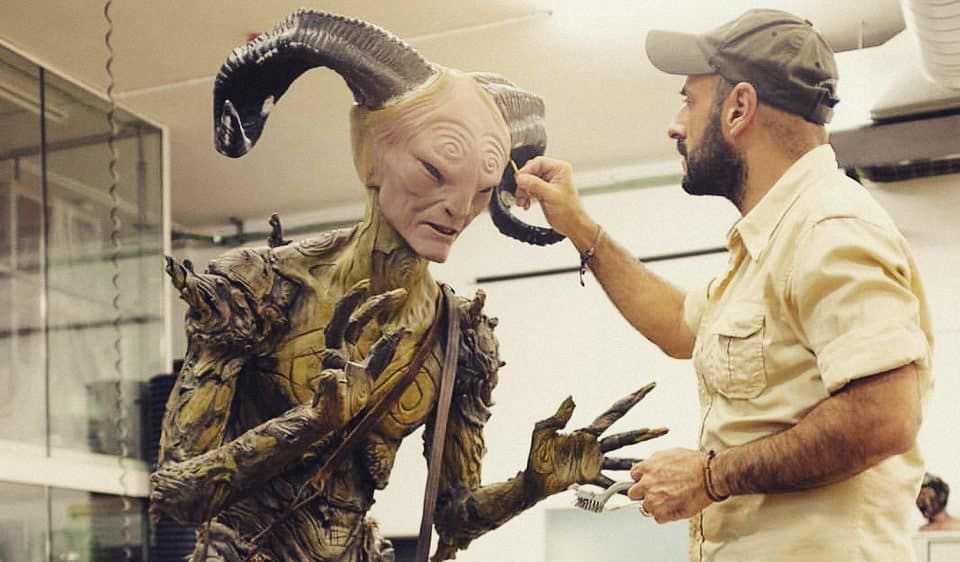 Known for his stunning visuals and otherworldly fantasies, it is no surprise that a Guillermo Del Toro movie would make it as part of our Oscars Throwback series. Released in 2006, Pan’s Labyrinth tells the story of 11-year old Ofelia navigating through sadistic and brutal post-Civil War Spain in 1944 and a strange and a captivating fantasy world full of mysterious creatures. Full of symbolism and allegories, Pan’s Labyrinth received unanimous acclaim upon its release. Described as a grim, fairy tale for adults it has also stood the test of time for its storytelling and technical achievements.

Pan’s Labyrinth swept the technical categories during the 79th Academy Awards in 2007. The movie won for Best Art Direction, Best Cinematography and of course Best Makeup. To achieve the immersive mystical realm Ofelia found herself in, Del Toro insisted to not rely heavily on CGI but instead to use it to enhance the makeup and animatronics they used for the creatures and world. David Martí and Montse Ribé the makeup artists for the film founded DDTSFX, an SFX company and said that although very rewarding, the movie was so demanding and intricate, it nearly bankrupted the fledgling SFX company. “Pan’s Labyrinth was one of the hardest things we’ve ever had to do at DDT; in fact, we even ended the movie bankrupt, and had two of our guys quit on us right after. It was like going through hell, with only a few moments of heaven to be found.”

The key aspect in making these creatures feel real and alive was the combined use of traditional prosthetics and green screen. The makeup team applied the makeup on a green screen suit so they can easily remove and alter limbs in post production. An example of this would be in one of the more gruesome scenes in the movie involving a character sewing their own separating cheeks back together. Del Toro spoke to Entertainment Weekly about how he managed to show, in intimate detail, the gory sequence stitch by stitch. He explained that in order to get this shot, they had used delicate pieces of prosthetics deep enough so the actor can put a needle through it but thin enough to make it realistic meaning the actor had to put the needle very close to their own skin. They also used pieces of elastic bluescreen fabric in-between the edges of the fake wound, and under the wound that were CGI’d out to recreate the gaps of the inside of the character’s mouth.

“In my mind, the cheek scene is the only moment in the movie where the violence is actually larger than life. It’s over the top. The rest of the violence I wanted to make unpleasant but photorealistic, very down to earth. Brutal, but almost documentary.”

Two of the most iconic characters in the film, Pale Man and the Faun was also created using the combination of traditional prosthetics and CGI. Del Toro has claimed that having a physical presence of these characters made them more tangible as opposed to just making them fully CGI. Although voiced by a different actor, the person under the prosthetics and suit is actor and mime artist, Doug Jones who is known for his portrayal of non-human characters and a frequent collaborator of Del Toro. His transformation into both these characters was about five hours however due to the complicated application process it wasn’t as simple as sitting in a makeup chair. Both Pale Man’s and the Faun’s makeup required elaborate mechanical application for puppeteering that needed to be screwed, zipped and plugged in on to make it work. The Faun’s application for example had complicated leg detailing and heavy head piece and so to apply the makeup for hours on end, Jones needed to either stand for the entirety of it or sit in a bicycle-like chair with a T-bar to support his head and body.

With many movies nowadays using CGI as a base for many of their creatures and SFX, Pans Labyrinth and Del Toro’s passion for using traditional prosthetics and practical makeup is a breathe of fresh air. It’s a practice that although could prove to be challenging, results in incredible visuals that stands the test of time.